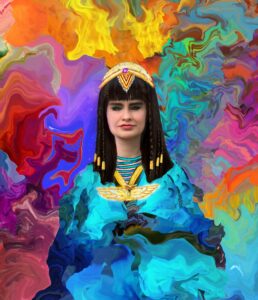 Availabe – 1st of October: WE ARE – NFT/OpenSea 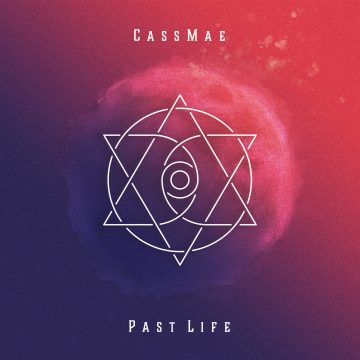 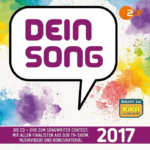 About CassMae
Having been born blind Cassandra used her feet for orientation. When she started “drumming” them too hard on the ground, she switched to playing the African drum. At the age of three, she became deeply fascinated by Chopin, so she started improvising on the piano, playing her first melodies and eventually sang her own songs. She loved to feel the audience and share her inner feelings. When she experienced bullying, she wrote her intimate song “Bullies” to cope with her situation and instantly won the national songwriting contest of the Berliner Festspiele in 2015. This appreciation made her stronger.

Cassandra started to appear on radio and in several TV productions, worked with international artists in a museum. In 2016, she successfully joined the TV show “Dein Song” for young composers and sang her song “Going home” in the finale feat. Sara Hartman. In 2017 she received a scholarship for the Summer Performance Program at the Berklee College of Music in Boston where she was among the 5-week-winners of the Songwriter´s showcase with her original “The way I am”.

Returning from the US she started working on the title song “The day I became strong” for the “Prix Jeunesse International 2018” a festival and competition for 500 children-/youth broadcasting companies. In 2018, 16-year old Cassandra returned to drumming, started learning “Tabla” and experimenting with new, more oriental sounds and languages.  Ever since she´s also been invited to play at Indian concerts and in yoga retreats and has become part of the Tabla Ensemble of the Anubhab Academy of Cologne. In the spring of 2018 she formed a band to be able to enter the Young Talents band contest. As the winning band they opened the Eier mit Speck Festival that summer. Simultaneously she applied for and was granted support by Create Music for producing a live uncut video for “Do you still know”, her first Hindi-Pop original. In November 2018 CassMae got contracted by Kick The Flame Publishing in Leipzig.

In 2019  she started working on her debut album “Past Life” with producer GOLOW (Horst Wegener Band, Flo Mega, Samy Deluxe, Oonagh, Cupidon) who she met in Berlin in 2015. CassMae performed at bigger events, such as the “Tag der Begegnung – Sommerblut Kulturfestival” in Cologne, with bands like Culcha Candela and artists like Leslie Clio, Jochen Distelmeyer, Tan Caglar. For the second time she returned to the Chalabre Serenade Festival in France by Vinx,  her former Berklee professor and now mentor. As part of the Soul Kitchen she again shared stages with international artists such as Maritri Garrett, Taylor Moore, Heston Francis, Tom Bowman, Cleveland, Billy Kent, Ozara Ode, Stewart Sukuma and many more, playing her first own concerts in France. In 2019 Heston Francis and CassMae played concerts in Germany and collaborated on an original which will be released in the US.

CassMae has been elected as „Beste Band im Westen“ for newcomers on public German radio WDR2 POP! in February 2021. CassMae has just released her EP “Number 14” and You Don´t Deserve Me won the pop category of the UK Songwriting Contest.